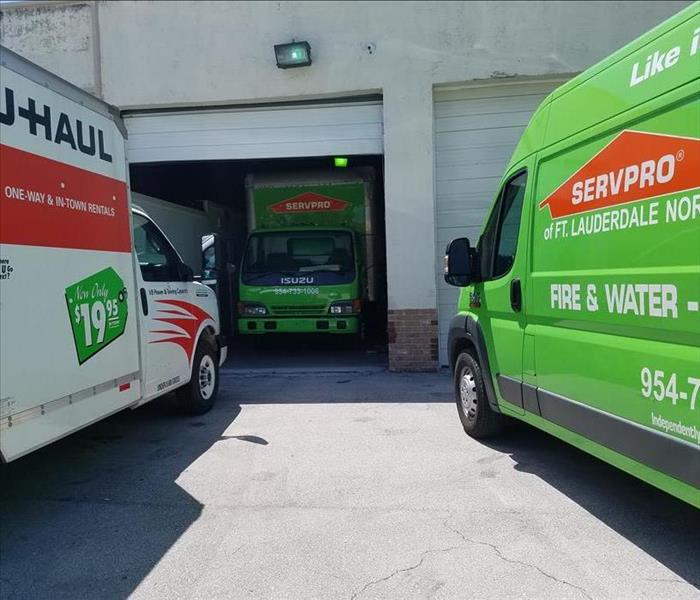 Last month, the largest storm to make landfall in Texas in over 50 years dumped over 2 feet of water on Houston over the course of 3 days. Hurricane Harvey, a category four on the Saffir-Simpson scale, rained more in one hour over the city than the area typically gets during the entire month of August. This record amount of rainfall left homes severely damaged or completely washed away.

After the rain stopped, Texans got to work picking up the pieces of their homes and businesses to get things back to normal. During this time, local SERVPRO teams were so over-encumbered they called in other SERVPRO teams from all over the country to aid in clean-up and restoration. SERVPRO Ft. Lauderdale North was one of hundreds of teams who responded to the call.

We loaded up two UHaul trucks (that UHaul rented to us at a great discount!), an RV, and a few SERVPRO vans and caravaned through three states from Fort Lauderdale to Houston. Over the weeks that followed, we helped many families get their lives back to normal by drying hardwood floors, cleaning carpets, and ripping out soggy drywall.