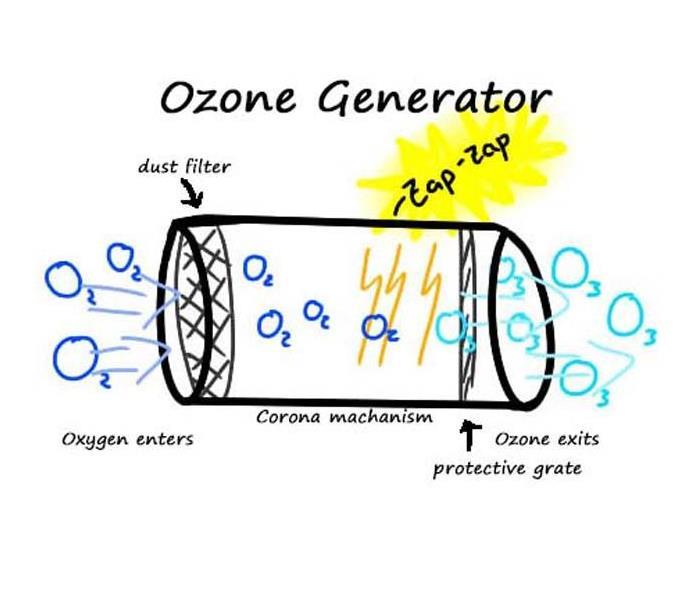 Here is a simplified graphic of how ozone generators work.

Ozone is triatomic oxygen or enriched oxygen. Rather than having two atoms like in the oxygen we breathe, ozone has three bonded oxygen atoms. It is a strong oxidizing agent as well as a sterilizing agent most commonly used in fire restoration to eliminate smoke odors. We at SERVPRO Ft. Lauderdale North use machines known as ozone generators to produce the gas.

Remember to not use any ozone generators on your own and call in only qualified professionals like our team at SERVPRO Ft. Lauderdale North to deal with smoke odors.