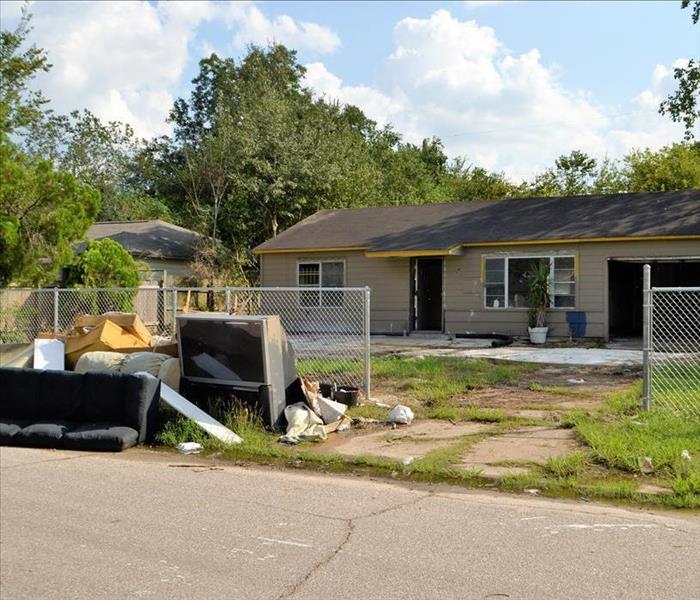 Post-hurricane mold is one of the biggest concerns AFTER a storm.

The 2017 hurricane season was one of the worst in years. Not only were there more than 5 storms, but over half of them were classified as a "major hurricane" ranking as a category 3 or higher on the Saffir-Simpson Hurricane Scale. This hurricane season is already being called one of the costliest in history as far as damages.

After a storm, your top concern, after you and your family's safety and well being, is damage done to your property. Flooding, leaky roofs, and busted pipes all account for water damage that can turn into a mold problem quickly. Mold issues after a big storm are not uncommon, even if you weren't aware of any moisture in your home.

If you lost power during the storm, there are a few things to look out for that indicate a moisture issue. Refrigerators and freezers often fail during hurricanes. Although keeping the doors closed sometimes helps keep the contents cool, when the power is out for several days, the food will start to get warm and condensate, causing moisture to form (like water on a cold glass). This moisture will leak and puddle, and can even seep into nearby walls.

Air conditioning keeps our homes cool and less humid than the outside, but when the power fails, so does your AC's ability to remove moisture from the air. The busiest part of hurricane season is also the hottest and most humid. In a matter of hours your entire home can become even hotter than outside temperatures. This warm, muggy climate is the perfect breeding ground for microbes like mold.

If you were unable to catch the water before the formation of post-hurricane mold, or are worried post-hurricane mold may have formed anyway, call SERVPRO Ft. Lauderdale North (or for your local SERVPRO call 1-800-SERVPRO). We will be with you every step of the way to have a third party check for mold while we work with insurance, and get the mold remediated. Even well after the storm, SERVPRO Ft. Lauderdale North has your back with recovery.