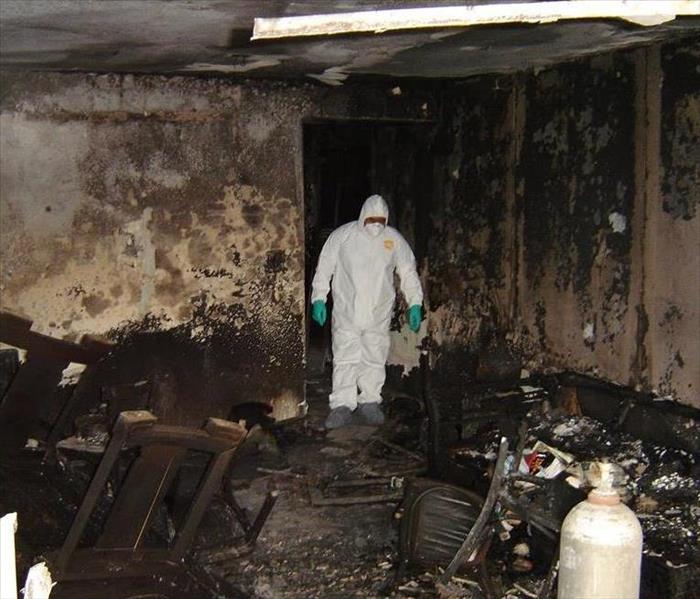 Ozone is triatomic oxygen or enriched oxygen. Rather than having two atoms like in the oxygen we breathe, ozone has three bonded oxygen atoms. It is a strong oxidizing agent as well as a sterilizing agent most commonly used in fire restoration to eliminate smoke odors.